Hi! My full name is Muhammad Fajar Siddiq Bin Zainal Abidin, I was born on 14th March 1986, raised & based in Yishun Street 22, Singapore. My ethnic is Malay, I speak Bahasa Melayu, Bahasa Indonesia, English & Basic Arabic Language. I'm currently single, 34 years old, Self-Taught designer since 2005 and developer since 2011, & I have always believe in 'Do-It-Yourself' Culture. Till then i bootstrapped 3 startups to companies with no funding, full time self-employed. I don't believe in Unicorn. I believe in Zebra. More ethical and inclusive movement to counter existing startups and venture capital culture. I lost my late mom, late dad and late brother in year 2012 & 2013, they are my biggest inspiration impacted my life today. Family is everything to me. Back in the youth days, i was much involve in the punk rock & hardcore music scene, band & DIY "Do-It-Yourself" culture but later on i left the music scene to focus on entrepreneurship as i grow up. I am a professional yo-yo player, judge and performer & mentor. I have been doing it for 20 years in the skills toys industry. I'm an ex duncan crew worldwide sponsored member from 2002-2014 by Duncan Toys, USA. My other hobbies & digital skills include graphic design, ui/ux design, business development, video-editing, video-recording & audio recording, social media advertising, branding & marketing, photography, astrography. On my free time, i memorize & recite Holy Book of Quran, Reading Islamic Books, Volunteer Community Projects & hang out with my close friends, love ones & neighbours. Currently i'm making some small & big side projects: Makersflix, Makers Drinks, Super Makers, Maker's Marketplace, Maker's Merch & Open Startup. I'm a big fan of Apple products & i'm using Macbook Pro 15" 2018 to do my work digitally everywhere. Currently i've travelled 10 countries to explore the world of adventures as Digital Nomad. I've travelled to India, Malaysia, Indonesia, Phillippines, Thailand, Vietnam, Brunei, Hong Kong, Japan & Saudi Arabia. My dream is to go USA & Europe countries to explore. Currently i'm learning computer science and software engineering in the indie-making community.

Fajar Siddiq is the co-founder of Euphorya™, Singapore based Creative Design Agency which he started in his room in 2005. In 2011 he registered the business in Yishun, Singapore with his friends building creative design agency offering graphic designs & web-design products to startups, communities & companies. Fajar is responsible for setting the overall direction and product strategy for the business. He leads as graphic designer and web-developer of Euphorya’s branding & marketing services and development of the web-design services. Fajar graduated from Architectural at Institue Of Technical Education, Balestier Campus in 2003. Fajar attended Institue Of Technical Education, Balestier and studied Architectural before founding Euphorya. It started as a freelancer running a side project designing tshirts, drawing vector illustrations faces of people on photoshop and doing silk-screen printing t-shirts selling it online in locally and worldwide. Early life, He also pick-up yoyoing as a hobby since he was 12 years old and Fajar also represent the pinnacle of yo-yo skill across the globe as professional yo-yo player, contest yo-yo judge and also as a yo-yo instructor. In 2011, Fajar co-founded Dement Clothing™, Singapore based clothing brand. The designer clothes made for street & lifestyle culture products from printed graphic designs on t-shirt, polo-t, hoodie long sleeve. In 2014, Fajar co-founded Ilm Productions™ after coming back from holy city of Islam in Makkah Al-Mukarramah & Al-Madīnah Al-Munawwarah for Pilgrimage, Umrah in Saudi Arabia, he founded a start-up team up with the dakwaah community to do creative and media work like designing, video-recording/editing and live-streaming.

Fajar Siddiq bootstrapped companies (not-funded), owned & founded through the years as a serial entrepreneur, self-taught designer & self-taught developer. This startups turned into companies, registered & based in Singapore. As a self-employed, i continute giving CPF contributions & pay income tax at IRAS.

Dement Clothing™ is a Yishun, Singapore based clothing brand. The brand quoted Fight for Passion™ The designer clothes made for the club, streetwear & lifestyle products from printed graphic designs on t-shirt, polo-t, hoodie long sleeve.

‘Ilm Productions™ is an Islamic Creative Production Company based in Singapore, founded in the year 2014. We are here to focus and spread the Deen to Muslims and Non-Muslims locally and abroad. It comprises a collection of young Muslims passionate about Islam and da’wah through the number one communication tool of the digital age: the internet, social media.

Fajar Siddiq free time is to make & build some digital products. The reason why he started his startups is because of side projects. From being a freelancer to startup. Side projects is always fun and improved his mental health and learning skills. He is also a member of many makers communities across the internet.

An Open Community for all Muslim Makers Worldwide
No. #3 Product of the Day on Product Hunt 🏆

The Shipping Game - An indie game built with no code.
No. #4 Product of the Day on Product Hunt 🏆

Stay Fresh & Keep Making! One of the fastest MVP Launched on twitter & made $50 through buymeacoffee.com

Marketplace For Makers. Buy & Sell Digital Products. We are here to support the community.

Opened is a personal site for makers with their own custom domain. For Startup business owners, developers & designers. 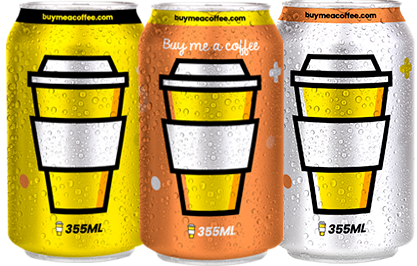 Buy Me A Coffee ☕ 👨🏻‍💻 I'm a Serial Entrepreneur who runs multiple open startup companies back in Yishun, Singapore. Mainly my skills as a developer, designer & producer and also have experienced in product management in projects & community building as an influencer. I've been in the creative industry for over 15 years. On my free time i build side-projects independently in the tech & design community. I also give product feedback to independent creators & makers from around the world, it helps me to improve myself in learning & growing. I'm also a Professional Yo-Yo Player for 20 years. Been a Digital Nomad doing remote work for over 10 over years travelling & working from my laptop. I love traveling to explore new places, nature and adventures.